If you’ve signed on to watch any video events with University of Maryland, Baltimore President Bruce E. Jarrell, MD, FACS, over the past year, chances are that you’ve noticed the shelves behind him. But most of us don’t know the significance of the items, or the shelf itself.

The background is actually a large nicho, made by Jarrell, who is known for his blacksmithing.

“We lived in Tucson, Ariz., in a Santa Fe-style home for eight years. It changed my idea of appealing architecture — the beauty of sculpted adobe homes, viga and latilla ceilings, Saltillo tile floors, ocotillo fences, and horno fireplaces. When I moved back to Maryland, I built some of these features in my house,” Jarrell says. “Behind me is one such element, a large nicho, which is a shelflike opening [niche] built into the wall to display objects or store firewood. I love this architectural element.”

On the shelves are a UMB sign, U.S. and Maryland flags, and books on blacksmithing and flowers, including his favorite two picture books: one on Edgar Brandt’s ironwork; the other by Karl Blossfeldt, with detailed photographs of miniature floral elements. He also has three millefiori Easter eggs that he picked up at a flea market.

Last, there are two items of personal significance that he made. “There are two handmade iron plates that I made for my mother’s 100th birthday,” he says. “They are signed by her, her children, grandchildren, and great-grandchildren.” 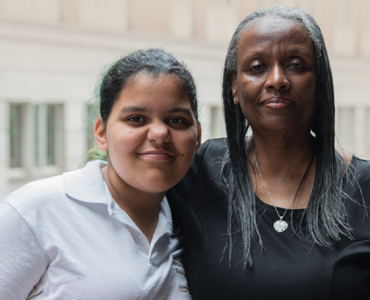 The Blessings of “Miss Evelyn” 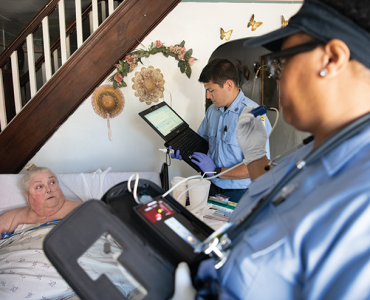