Justice for All: Law School Alumnus Eric Swalwell on Trump’s Impeachment and Moving the Country Forward

United States Rep. Eric Swalwell, JD ’06, has feared for his personal safety only twice. First on Sept. 11, 2001, when, out of concern that a plane might strike the Capitol building, he was turned away from his job there as an intern. The second time was on Jan. 6, 2021, when insurrectionists surged into that same building as Swalwell and his congressional colleagues counted the Electoral College votes from the 2020 presidential election.

“After 9/11, I saw the country come together. We created the 9/11 Commission, and we’re safer from terrorism because of those bipartisan efforts,” says Swalwell, a Democrat who represents California’s 15th District. “Twenty years later, I felt the same sense of terror and fear inside the chamber. What we do next will decide if this is the new norm — that the loser of an election can send a mob to the seat of government — or if we say this can never happen again and strengthen our democracy.”

On Jan. 6, Swalwell gaveled in the session at noon as acting speaker. On his cellphone, he watched the mob leave the White House Ellipse, but even when security told the members of Congress to retrieve their gas masks from under their chairs (tear gas was being used nearby), he never believed they would evacuate the chamber. He certainly did not expect the building to be breached.

“For me, reality set in when the chaplain went up to the podium, unannounced, and offered a prayer as chaos was unfolding,” he recalls.

Swalwell says there was worry that then-President Donald Trump might try to declare martial law, so after six hours in a secure location, Congress returned to complete the vote count.

In the days after the assault, Swalwell was named one of nine impeachment managers as proceedings unfolded against Trump. Swalwell drew on his background as a criminal prosecutor as well as his personal experience growing up as the son of a police officer as the case was built. Democrats knew it would be an uphill battle, but felt it was important to set a precedent.

“You can’t lead an insurrection and not be held accountable, even if it’s in your last days in office,” Swalwell says.

The impeachment was not successful, but Swalwell says the vote in the Senate (57 to 43 in favor of conviction) felt like a win. He expects history will vindicate the impeachment proceedings and those who held Trump accountable.

Now he wants to move on.

“In the House of Representatives, we’re done with Trump; he’s insignificant,” he says. “What is significant is what he exposed in terms of presidential abuses.”

To that end, Swalwell is collaborating on the Protecting Our Democracy Act, which aims to curb presidential abuses. He wants to learn from Trump voters and address their disconnect from the economy and opportunity with investments that benefit all Americans. He wants to end the COVID-19 pandemic and learn from it, too. He also hopes to return to his pre-Trump priorities such as reducing student debt and gun violence.

Swalwell says there is no long-term war on Republicans; rather, the way forward needs to be unity and bipartisan collaboration. Yet he’s alarmed by recent actions to limit voting access.

“Many states learned the wrong lesson from Jan. 6 and are making it harder for people to vote in hopes that it will secure a Republican win,” he says. “The right lesson is to have many people vote and have transparency about outcomes.

“I’ve learned the country’s ideals are fragile,” he continues. “They are only as strong as we are in our desire to uphold them.” 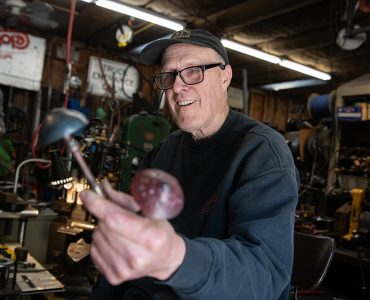 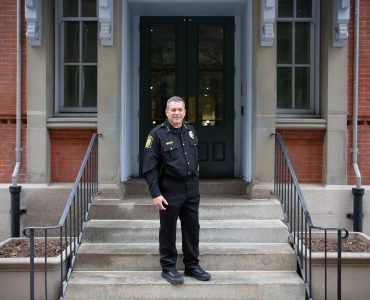