tanding at the lectern on the stage of Leadership Hall, Samba Sow, MD, MSc, looked out at his audience of 300 international researchers and clinicians eager to hear him speak.

“Bonjour!” he began with a smile. “Good morning! Good morning in my national language, Bambara, is ‘Aw ni sogoma.’ And then you would say, ‘N ba.’”

And with that warm, tri-lingual welcome, Sow delved into his keynote speech at the inaugural Global Health Summit, held at the University of Maryland, Baltimore (UMB) on May 29. The goal of the summit was to report on the strides made toward improving the human condition through collaborative health and human services globally, and Sow was the perfect person to deliver a keynote address.

“Dr. Sow’s contributions to global health are truly unprecedented,” said Kathleen M. Neuzil, MD, MPH, FIDSA, director of the Center for Vaccine Development (CVD) at UMB, as she introduced Sow at the summit. “I want to stress that his impact has not only been in Mali but throughout Africa and around the world.”

Sow, a native of Mali, has utilized his vision and passion to make great strides for health care on a global scale and has gained many international honors in the process. He is currently the director general of the CVD in Mali, and an adjunct professor of medicine at the University of Maryland School of Medicine.

In 2017 he was decorated as a Knight of the Legion of Honor by the French government for his crucial role in Mali’s response to the Ebola epidemic. As a result of his leadership, the country successfully tracked and monitored all potential cases to minimize a large potential outbreak.

During his keynote address, Sow spoke about how he was able to establish an Ebola treatment center at CVD-Mali. He explained that his introduction to the Ebola outbreak began on a Friday afternoon in 2012.

“I was in my office at the CVD getting ready to go out and exercise,” he said, “when I got a phone call from the minister of health saying, ‘Samba, we have Ebola.’”

That’s when Sow learned about the first three suspected cases of Ebola in Guinea, who were brought to one of his center’s community clinics. With limited resources, Sow had to improvise and use whatever he had at his disposal to protect himself against the lethal pathogen when working with the patients.

“All I had was gloves,” he said. “I had to get plastic bags, like you get at the grocery store and put them over my head.”

He also armed himself with knowledge. After learning the news about the suspected cases, Sow called his colleagues at UMB for assistance and guidance. UMB quickly helped set up a communications network with the U.S. Centers for Disease Control and Prevention and the National Institutes of Health. The rapid course of action was instrumental to monitoring and containing the outbreak and demonstrated the importance of collaboration on a global scale when it comes to health.

Earlier in 2012, a coup occurred in the country that put the future of his CVD-Mali vaccine research in jeopardy.

“My house was so close to a military complex where the counter coup had also happened,” said Sow, who described that at one point he was forced to take refuge under his bed. “We were having many, many problems and the first thing I did was call [my colleagues at UMB]. I spent nine hours on my phone under my bed talking to friends. This University is a great place, they never abandoned me when I was in trouble.”

In addition to moral and emotional support, Sow praised the financial support he received during this difficult time, allowing him to continue his work in Mali.

“CVD-Mali is one of the only places where the partners and sponsors didn’t stop their funding,” he said. “There are a lot of other places where they said, ‘OK there is a coup? We stop paying you,’ but UMB didn’t do that.”

Thanks to this support along with Sow’s perseverance and hard work, he and his team were able to introduce five vaccines new to Mali — including Hib pentavalent to help address high infant mortality — between 2005 and 2014. To put that into perspective, Sow told his audience that just before that time, between 1987 and 2005, only one vaccine had been introduced to Mali.

He also related to the summit attendees from 10 countries how his work on Ebola led to a stint as Mali’s minister of health. And, again, he leaned on CVD at UMB for documentation needed to push for health reform. Though he is no longer in Mali’s government, Sow said, he remains hopeful about reform.

Sow concluded his keynote with a call to action for those in the audience and for UMB President Jay A. Perman, MD, to ensure the growth of the University’s global health effort. “I promise,” Perman replied. C

Jena Frick and Patricia Fanning are senior media relations specialists in the Office of Communications and Public Affairs at the University of Maryland, Baltimore. 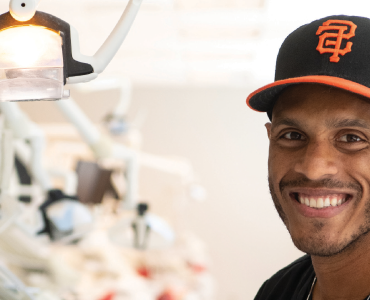 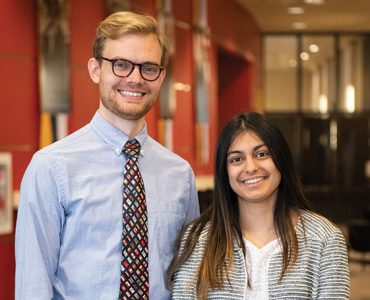 What I Learned in Malawi and Samoa