In 1948, the University of Maryland, Baltimore (UMB) established a security force as part of the Physical Plant division with a supervisor and three officers. This security force — the officers were unarmed and didn’t even wear a badge but instead a paper name tag — was the precursor of what is now the University of Maryland, Baltimore Police Department (UMBPD).

The Division of Security was headed by Lawrence Payne, whose title was night supervisor of security. Under Payne’s command were three security officers who had been maintenance men on campus.

It wasn’t until 1952 that an armed security force — the Division of Safety and Security on campus — was formed when the state created the Maryland State Special Police, officers who held a commission granted by the governor. It was UMB’s first force of sworn and non-sworn personnel. Security officers were assigned to run parking lots on campus, while the UMB Maryland State Special Police officers, who were armed with six-round Colt .38 specials and wore brass badges on their formal-looking gray uniforms, patrolled the buildings and grounds on foot. They would from time to time make an arrest with no more authority than that of a citizen.

William H. Williams led the division as captain/chief of police, and Payne became police lieutenant. Williams had a major influence on the division. In 1965, he appointed the first African American man to the police force.

In 1965, the starting pay for police was $147 biweekly, while security made $121 biweekly. The police force at the time was composed of one captain, one lieutenant, two sergeants, and 12 patrol officers.

During Williams’ administration, the United States became more involved in the Vietnam War and protests were happening on campuses all over the country. UMB decided to hire retired U.S. Army Military Police Col. Claud Spencer as director of Safety and Security. Williams was given command of the day shift police and security.

During Spencer’s tenure, police and security pay improved, and security was taken off parking lots and placed in buildings.

In 1970, Maryland required all special police officers to go through a police academy and be trained in law, firearms, and police tactics.

A University Police Force Is Created

Five years later, the University of Maryland Police Force was created by Maryland Senate Bill 251, which gave the police officers full police powers on all property owned, leased, or under control of any University System of Maryland institution, including UMB.

When Spencer retired, Wade Jolliff, director of UMB’s Purchasing Department and retired purchasing agent for the Central Intelligence Agency, was hired as police director. Under his tenure, the police force took on another duty: ambulance driver for the University of Maryland Shock Trauma Center.

Cunningham also hired the first female police officer, who left the force after she obtained her law degree.

When Cunningham retired, Hugh Mills, a former lieutenant with BPD, took over as acting chief of police. In his short tenure, he was able to get the first outdoor camera system installed on campus and the first marked police car, a subcompact Chevy, put into use.

A New Approach That Worked

When John Collins, a retired New York City Port Authority Police captain, took over as chief of police, his methods were not accepted by most police officers at the University. After about a year of grievances and demonstrations, police officers started to realize that his method of policing was working on campus. Crime was decreasing, and the police force was gaining respect throughout the campus.

Collins set forth a police and security book of rules and regulations. During his command, the police patrol unit operated clearly marked full-size police cars. Police officers were equipped with body armor and 9 mm semiautomatic handguns. Collins upgraded the radio system and brought more civilian staff on board.

The police force moved into the newly renovated Pine Street Station and received National Police Accreditation. For the first time, the police force was put directly under UMB’s Office of the Vice President.

Collins brought forth a hard line of discipline for all members of the police force. Shift rotation started, he did away with the K-9 and motorcycle units on campus, and his officers no longer were used as ambulance drivers.

Col. James Nester was close to retirement, but he took over as chief of police for a short period when Collins retired. He created the bicycle police patrol unit.

Big Changes Are Made

UMB then made a historic move, hiring its first African American chief of police, Col. Edward Ballard. Under his command, security received its first supervisor unit, police band radios were utilized by all security personnel, and the police BioPark attachment unit was formed. Upon Ballard’s retirement, Col. Cleveland Barnes became the chief of police. The force moved into the Pine Street Annex Building and immediately made it the Police Force Operations Center. He changed the police firearms to semiautomatic .40-caliber handguns.

Antonio Williams became the chief of police in 2010, serving for seven years. He had previously worked for BPD as a colonel and had served as chief of police for the Baltimore City schools’ Police Department and the University of Maryland, Baltimore County campus. He made innovative upgrades to safety programs that provide rides or walking escorts with UMB police to faculty, staff, and students. He also introduced the first Segway police and security patrol units to the campus.

Building a Bridge to the Community

In 2018, Alice Cary, MS, became the force’s first female police chief in its 70-year history. During her two-year tenure at UMB, she made significant contributions to public safety and UMB’s efforts to engage with its neighbors. Under Cary’s leadership, the department formed the Community Outreach and Support Team (COAST), earning a governor’s citation. The COAST effort builds bridges with residents who might otherwise be reluctant to work with police, mentors youth after school in UMB’s Police Athletic/Activities League and Drug Abuse Resistance Education program, and connects community members with crisis resources. Cary also hired the department’s first public information officer, a position shared with the UMB Office of Emergency Management, to increase outreach and transparency.

Thomas Leone, MSL, who became interim chief when Cary left UMB, was named chief of police in September. He joined UMBPD in 2016 after a 20-year career with the Frederick County (Md.) Sheriff’s Office. In 2021, he received honorable mention in the leadership category of the UMB Presidential Core Values Awards.

William Groh has been a security officer with the University for more than 50 years. 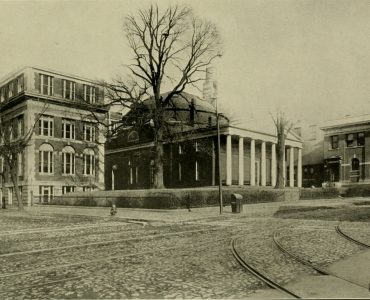 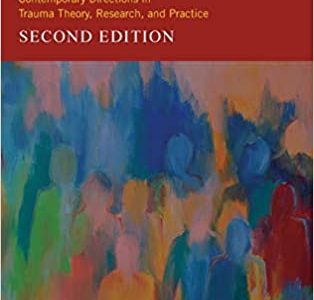