Meet UMB’s Researcher of the Year

Magaziner earned his bachelor’s degree from Case Western Reserve University, and his advanced degrees from the University of Chicago and the University of Pittsburgh. He came to the School of Medicine in 1982 and started the Division of Gerontology within the Department of Epidemiology and Public Health four years later. He has risen to leadership positions within several multidisciplinary programs on aging, many of which he helped to create.

Magaziner is a leading scholar on the epidemiology of aging whose research focuses on three interrelated areas to improve the quality of life of older persons: the consequences of hip fracture, health and long-term care, and methods for studying older populations. He is the founder and executive director of the Baltimore Hip Studies, which evaluates outcomes and develops and tests interventions after hip fracture. His work on hip fracture recovery has earned two consecutive Method to Extend Research in Time (MERIT) awards from the National Institute on Aging, given to the highest-quality researchers.

“His accomplishments in research are a legacy, not only for scholars and clinicians who endeavor in the geriatric arena, but for older persons as well.” — Linda Simoni-Wastila, PhD, the Parke-Davis Chair in Geriatric Pharmacotherapy in the Department of Pharmaceutical Health Services Research at the University of Maryland School of Pharmacy 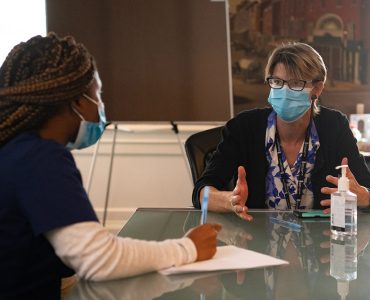 Social Stability: Where Research on HIV and COVID-19 Intertwines 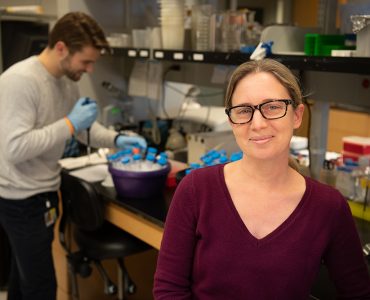 A Study in Patience: Harro Is Part of Team Working on Vaccine to Protect Against Staph Infections