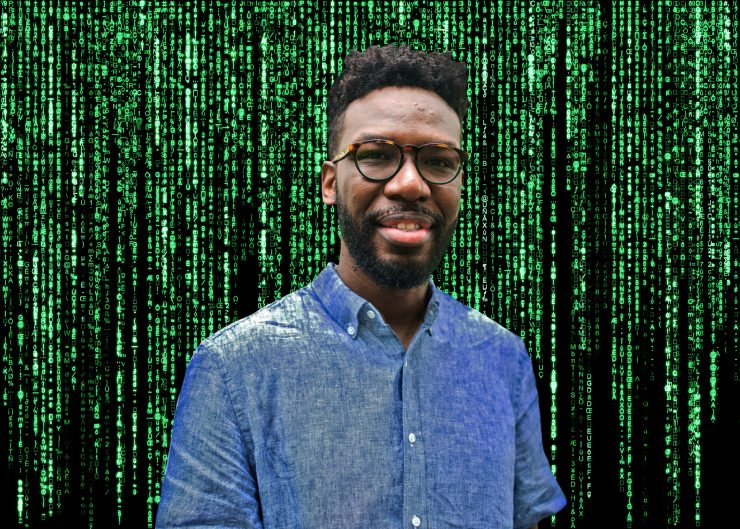 Chaz Arnett, JD, has been thinking about the intersection of race, technology, and law for a long time.

The Morehouse College and Harvard University law grad who grew up in East Baltimore remembers feeling watched as a boy — surveilled by police who patrolled his community. “I could walk a few blocks and see the neighborhood change as things became whiter. It was a stark reality to me and struck me as a young kid,” he says.

Fast forward 20-plus years, and Arnett’s childhood observations — as well as stints in the public defender’s office in Baltimore and New Orleans — laid the groundwork for the University of Maryland Francis King Carey School of Law’s most recent course, Race, Tech, and the Law, developed by Arnett and taught for the first time during spring 2021.

The innovative class is designed to help students think about how in an increasingly digitized society, important decisions impacting housing, labor, health care, education, and criminal justice are more and more frequently determined by or with the assistance of advancing technologies.

Arnett, an associate professor at Maryland Carey Law, sees his groundbreaking class as filling a gap he’s seen at the law school level. Now in his fifth year of teaching, he acknowledges that there are tech classes being taught in other law schools, mostly focusing on using digital technology to submit motions or conduct research.

He cites an example of facial recognition and surveillance technology being used to monitor Haitian immigrants awaiting asylum hearings.

“The assumption is that these people are a danger to the country,” he said on a recent Axios podcast “The Hard Truth.” “The presumption is a historical one of Black and Brown people and border relations with this country.”

He wants his students to understand the potential bias built into the technology that we use and rely on every day.

“We see technology as neutral but it’s not, it’s an extension of those who are creating it,” he says. “Racial biases are embedded into the technologies we are building.”

Arnett isn’t just talking about how technology is expanding the reach of the criminal justice system with the use of ankle monitors, GPS, and facial recognition, although he published a paper titled “From Decarceration to E-Carceration” in the Cardozo Law Review in 2019 on this very topic.

His survey course includes lectures and readings on the rise of surveillance capitalism; digital biometrics and the collection of racial data; international perspectives on justice and emerging technologies; and even the impact of hashtag activism and social media cancel culture.

“This is my attempt to champion the value of looking at those issues and positioning students to be able to understand its relevance when they enter the legal market,” he says.

Third-year law student E. Josephine Gale took courses in critical race theory during an an undergrad at the University of California, Berkeley, and was happy to see an offering at Maryland Carey Law that deals explicitly with race. “This class provided a framework for how to think about big, messy, real-world issues that can sometimes be overwhelming,” she says. “It gave a way to think about how technology plays a role in determining systems, racism, and inequality and how to be attuned to it so when you see it, you can identify it and grapple with it.”

Arnett admits he was nervous about his new course that included readings, material, and guests that were not exclusively law-focused, but he was pleasantly surprised by how well his approach was received.

“We were exposed to such cutting-edge knowledge,” Gale says. “There were so many fantastic guest speakers that were publishing on so many novel academic issues — and they were brainstorming with us. It felt like we were exposed to and participating in a really exciting area of knowledge creation.”

The guest lecturers and challenging readings were all incorporated by design. For Arnett, teaching is reciprocal, and while he is the subject matter expert, he acknowledges he can learn a lot from his students.

Teaching allows me to “explore with students and help them think deeper about the research that I’ve been doing for years. I like that relationship,” he explains.

“It really is a credit to Maryland to have someone like Professor Arnett teaching this class,” says Gale, who appreciated that Arnett created a safe space for students to discuss difficult topics. “The students really dove in and made the most of it. It was a really unique, collaborative learning environment.”

Arnett, who also is a faculty fellow at the Data & Society Institute, where he is researching the relationship between racial capitalism and surveillance capitalism, is busy planning the next iteration of this class, which will be taught in spring 2022.

“I feel like I’m getting into a groove with my research and writing, and I’m excited to be at the forefront of this area of scholarship,’ he says. “I want to create a model for the growth of this focus area across the country. I’ve already had other law professors reach out to me for my syllabus, and that puts the University of Maryland at the forefront of this movement, which is really exciting.” 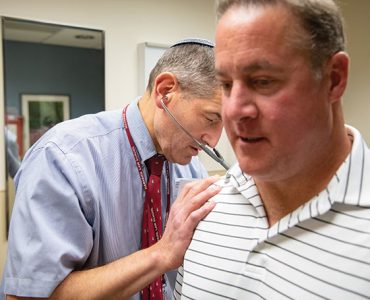 “They Saved My Life” 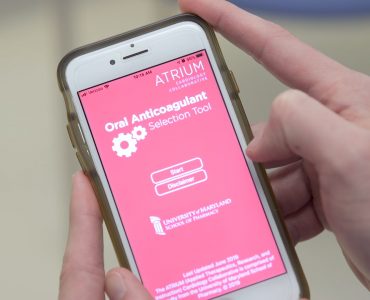 There’s an App for That: UMSOP Collaborative Develops App for Anticoagulant Dosing Recommendations