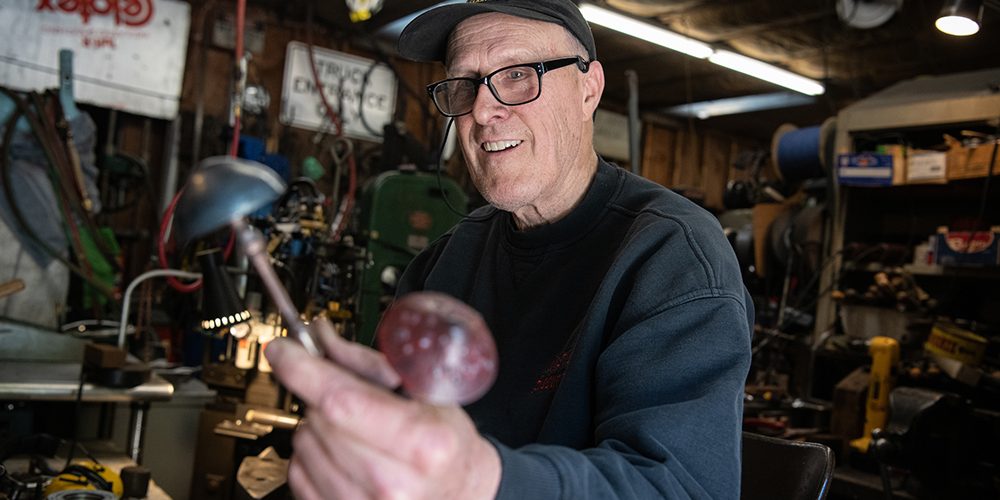 We sat down with Bruce E. Jarrell, MD, FACS, to find out a bit more about him shortly after he was named the seventh president of the University of Maryland, Baltimore (UMB).

President Jarrell was born and raised in Caroline County on Maryland’s Eastern Shore, and his family is rooted in Maryland and Delaware. He comes from a family of farmers and teachers, and he and his brother are the first doctors in his family. His wife and son are physicians, too.

He credits many teachers who have inspired him. Among them was his high school physics teacher — Mr. Walsh. President Jarrell grew up in a farming community where kids had to work, didn’t have time for school, and academics weren’t the highest priority. Mr. Walsh stimulated his students to think deeply about physics — and he showed President Jarrell that everyone has the tremendous capacity to think, question, and eventually solve a problem.

He went to the University of Delaware to study engineering and is a mechanically minded person. He went into medicine because he wanted to marry engineering with medicine. It allowed him to connect the engineering and medicine aspects of the artificial kidney to help patients.

He doesn’t drink coffee — ever. He sticks to tea.

He holds a number of patents, the first of which he developed with a nephrologist for a peritoneal dialysis apparatus that is still in use today.

President Jarrell approaches problems as an engineer. He gathers data before making a pragmatic decision. Surgeons and engineers need to come up with solutions that can be actualized — not theoretical solutions. Decisions need to be able to be put into action.

Without having all the data, he will not declare a winner of the BEST crab cake in Maryland, but if you’re on the Eastern Shore, you should find Suicide Bridge Restaurant and try theirs.

His first step in approaching an issue is to listen. He does not want to prejudge — either the person or their ideas — and does not want to insert his idea until he has really heard what people have to say. He believes that interesting solutions come up when you allow people to bring their ideas to the table. There are many reasons why things can fail — and there are just as many reasons why they can succeed.

In his view of the world, there is extraordinary value in being part of a diverse and inclusive community. You can have a diverse community, but you have to involve people, listen to what they are saying, and make them part of the solution — that’s inclusion.

He’s read all of the Harry Potter and Lord of the Rings books, several times. Right now, he’s exploring photo books of blacksmithing, and if he had more time, he’d write more articles for the blacksmithing magazine. He’s a member of the Blacksmith Guild of Central Maryland.

He has written a number of books, including multiple editions of the popular textbook NMS Surgery and the NMS Surgery Casebook.

If given the choice, President Jarrell would pick talking to ordinary people over celebrities. He really enjoys getting to know people and hearing about their lives, what interests them, and their hobbies.

His six grandchildren introduced him to his guilty pleasure snack: goldfish crackers.

Creating an environment where people feel empowered to speak up is necessary. He shared an analogy of an airplane pilot headed toward a crash, but the second in command doesn’t say anything. The pilot has to address the underlying problem of lack of teamwork and communication — how to create the environment to allow others to speak up. Someone who thinks they alone have all the answers is incorrect. You can be a great problem-solver if you have the ability to hear different solutions.

He understands that failure is an important part of the learning process. As a surgeon, you know when a procedure has not gone as planned — the patient gets sicker. In the world of engineering, when an engineered solution fails, something breaks or falls down, so you know it failed. The point is, do not think of yourself as right or wrong, but look at failures as a way to learn — and to commit to continually learning and improving.

When pushed to pick a superpower he’d like to possess, his would be the ability to have a long and healthy life. He thinks that instead of superpowers, everyone has super qualities and characteristics to admire, especially people who give of themselves.

He doesn’t like to be the center of attention.

He appreciates music and likes to explore the way artists interpret pieces, especially classical, choral, and opera. YouTube has been a savior during the COVID-19 pandemic. He likes to follow new composers and listen to the way different people will perform a piece. For example, he recently listened to 10 different sopranos sing Mozart’s “Queen of the Night” aria from The Magic Flute, appreciating how each one interpreted and performed the piece.

He misses seeing everyone on campus at UMB, especially walking around and having conversations about what’s going on.

He believes that UMB will find a way to control COVID-19 — medically, legally, and socially. He volunteered for the Center for Vaccine Development and Global Health’s clinical trial because he believes in taking part and believes in UMB. UMB is packed full of accomplished students, faculty, and staff who are committed to health and social justice, and he thinks there’s no better place to be. 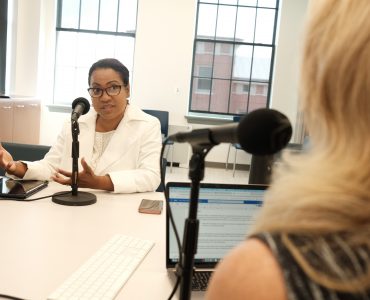 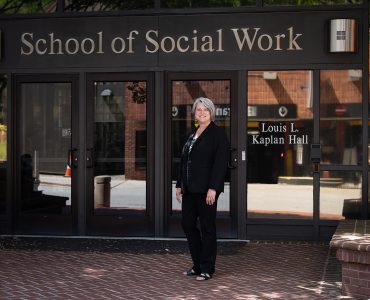