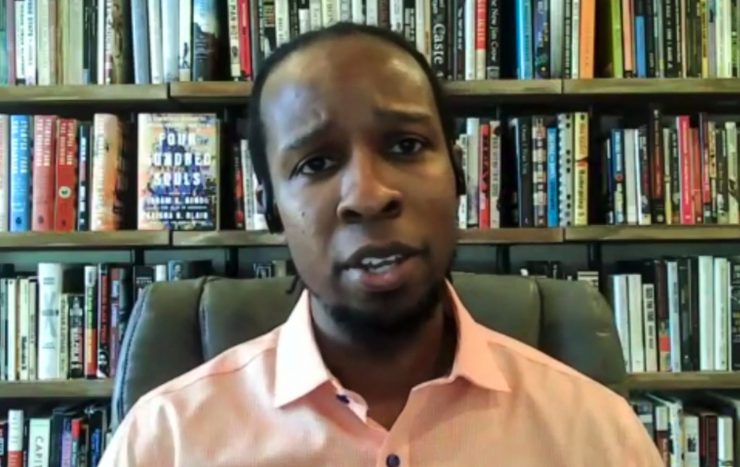 How to be Anti-Racist: Author, Scholar, and Historian Ibram X. Kendi Shares Expertise with University Audience

Being an anti-racist involves much more than simply declaring, “I’m not a racist,” says author and historian Ibram X. Kendi, PhD, MA.

“First and foremost, to be an anti-racist, you must recognize that there are racial disparities and inequities in our society,” says Kendi, the Andrew W. Mellon Professor in the Humanities at Boston University and founding director of its Center for Antiracist Research. “And then you must ask, ‘What’s the cause of those disparities?’

“To be anti-racist is to not think there’s something inferior about any racial group of people and to understand that the only explanation for racial disparity between groups is that there’s something wrong with our policies, practices, or the conditions that certain people are forced to live under,” he adds. “And then, to be anti-racist is to figure out which of those policies and practices are harmful and need to change.”

Kendi is one of the country’s leading anti-racist scholars. In fact, he’s literally written a book about the subject, “How to Be an Antiracist,” which is one of his three New York Times bestsellers. He shared his expertise on this topic and more with a University of Maryland, Baltimore (UMB) audience in February as the guest for UMB’s first President’s Panel on Politics and Policy of 2021.

UMB President Bruce E. Jarrell, MD, FACS, queried Kendi during the hourlong virtual event, noting that he was eager to learn about how UMB can examine its practices and policies to diminish inequities and create a more equitable environment at the University.

“My goal is for everyone at UMB to fulfill their potential, contribute to our community, feel a sense of belonging and accomplishment, and be themselves. I hope that today’s conversation will help us come up with ideas and actions to make that happen,” Jarrell said.

Kendi spoke on a series of topics including voter suppression, the Jan. 6 riot at the U.S. Capitol, slavery and white self-interest, reparations, and racial health and economic disparities. He used COVID-19 and its effects in the United States to expand on his anti-racist definition, noting that the pandemic has hit minorities the hardest from health and economic perspectives.

“To be racist is to either deny the existence of inequities and disparities in our society, or to look at those disparities and say, ‘Well, Black people are dying at higher rates from COVID-19 because there’s something wrong with them — they’re not socially distancing, they have more pre-existing conditions, they’re lazy, they don’t eat right, they don’t exercise,” he said.

“And so it’s this constant blaming of people, in considering people to be inferior behaviorally, culturally, or even biologically, as the cause of disparities in our society.”

It’s not enough to blame pre-existing conditions for the higher rates of COVID-19 mortality, Kendi said. It’s what causes the disparities that matters.

“When you study this issue, you’ll find that the greatest factors are access to health insurance and living in so-called trauma deserts where there’s no access to high-quality, life-saving trauma care,” he said. “It’s also being less able to work from home and living in neighborhoods with higher levels of air and water pollution. But people are constantly thinking that a particular racial group is the problem, and they don’t recognize that actually it’s power and policy that are the problems.”

Shifting to politics, Kendi decried what he called an assault on the ability of all Americans to vote and said the U.S. Capitol riot in January wasn’t too shocking if you are a student of history.

“You have some elected officials who say, ‘I don’t have enough votes to win, so I’m going to suppress the votes of my political opponents,’ ” he said. “And that becomes the cradle for voter suppression policies like voter ID laws, modern-day poll taxes that tell former felons they have to pay off all their fines before they can get reinstated on voter rolls, or the cutting of voting sites in Black and Brown communities.

“Watching the riot on TV, it was very familiar to me, because as a student of African American history, I know there have been so many attempted coups and successful coups on multiracial governments, specifically following the Civil War.”

“They showed it on Jan. 6,” he said. “During the attack, I called my mother, and the first thing she said to me was that if those rioters had been Black, they would have all been dead.”

There remains a powerful segment of Americans who will continue to push back against anti-racist efforts, Kendi said, but he hopes they eventually will realize that their movement is “heading off a cliff for themselves, let alone for the nation.”

“There is a commanding majority of Americans of all races, backgrounds, ages, ethnicities, and genders who recognize that racism is a big problem and who are committed to creating a more equitable and just country,” he said, adding that he’s hopeful the Biden administration will make good on its promise to root out systemic racism in the country. 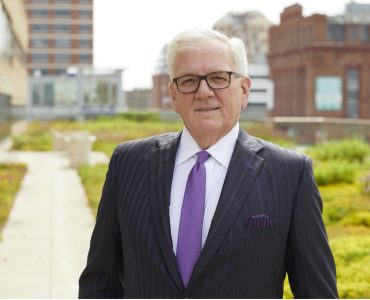 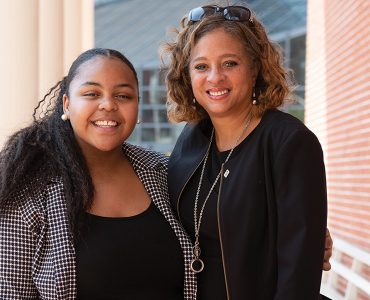 CURE Scholar: “I Want to Help Other People Get Through What I’ve Been Through”