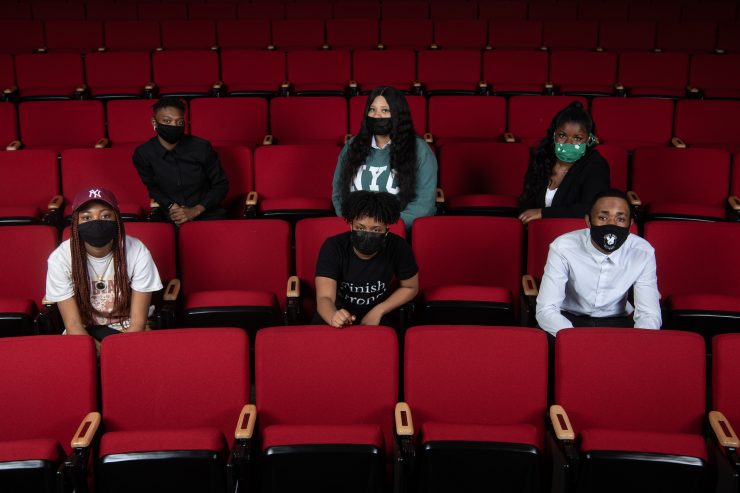 Kyla Liggett-Creel, PhD, LCSW-C, can’t help but get emotional when a Healing Youth Alliance (HYA) ambassador delivers a presentation about mental health challenges in the African American community and their link to violence, trauma, systemic racism, and structural inequality.

“They always make fun of me because I cry almost every time they present,” says Liggett-Creel, HYA’s founder, clinical assistant professor at the University of Maryland School of Social Work (UMSSW), and lead strategist for the Baltimore City Health Department’s (BCHD) Office of Youth and Trauma Services. “But with their power, their brilliance, and just how amazing these kids are, it takes my breath away.”

These ambassadors are the byproduct of HYA, a program in which Baltimore City youths between the ages of 16 and 21 are trained to become advocates who promote healing from trauma and the understanding of mental health topics for their peers and others in the African American community.

The initiative is a collaboration among UMSSW, BCHD, and two Baltimore nonprofits: HeartSmiles, LLC, which helps to recruit young people to the program, and the Black Mental Health Alliance, which provides information on using culturally relevant materials and messaging as part of the HYA mission.

After 24 weeks of training, the ambassadors are equipped to discuss mental health issues and coping strategies with their peers and make presentations at workshops or conferences — and to do it all through an Afro-centric framework. This is a key part of the program because culture is a cornerstone in the healing process, Liggett-Creel says. By using an Afro-centric framework, youths learn about heroes in African and African American culture as well as history, struggles, and triumphs. They can then use these lessons to inform healing in the African American community.

Youths in the program have said there is stigma around therapy, with a feeling of: “That’s what white people do. That’s not what we do.” They also have shared that because the church is an anchor institution in the Black community, they are told to “Talk to the pastor, pray on it, and God will take care of it.” In addition, Liggett-Creel says, the fields of mental health and social work have sometimes caused harm historically to African Americans, so there’s understandable distrust.

“We’re trying to address the mistrust by recognizing the history, talking about the stigma, and increasing awareness that if you have depression or mental health challenges, it’s not something’s that’s wrong with you, it’s a disease and there are medications for it,” Liggett-Creel says. “So, we’re trying to decrease the stigma and increase the awareness. We also discuss the role that white supremacy and systemic racism have on poverty, violence, and the lack of access to resources that are related to trauma in the African American community.”

‘I Am Because We Are’

One of the ambassadors, D’Aubre Lewis, is a 17-year-old junior at Baltimore Polytechnic Institute who aims to study psychology in college and become a therapist. She says she knew little about mental health before joining HYA’s first cohort but has become a major proponent of talking about topics such as anxiety, depression, and suicide. She pointed to the effectiveness of HYA’s practice of healing-centered engagement, a therapeutic framework based on the South African community-oriented concept of ubuntu.

“Ubuntu basically means ‘I am because we are,’ ” Lewis said. “Although you are going through something, you are not alone, because your community is backing you up, and we’re all in this together. It’s not just a one-person thing. We use those concepts throughout our presentations to basically guide everything that we do.”

Lewis says when ambassadors share their own stories, it helps to personalize the conversations and reduce stigma.

“When we do our presentations virtually, we tell people, ‘Hey, we’re a family now, we are connected right now, and we feel so close to each other,’ ” she said. “We are letting people in, letting them know that we have traumas, so tell us about yours. It’s all about making people feel comfortable enough to tell their story.”

As an example of this give-and-take, Lewis said she and another ambassador spoke to middle school students in early 2021 and provided advice on self-care, organization, planning, and how to cope with stress as they prepare for high school.

“We can tell them, ‘Your self-care practices are good, but here are some other positive things that can help you,’ ” she said. “Getting that kind of feedback and learning about the steps we take can helps them a lot.”

HYA was formed in March 2020, just before the COVID-19 pandemic unfolded, as a response to concerns around Baltimore about the number of youths experiencing mental health challenges due to violence, trauma, racism, and inequality.

“I was sitting in a lot of meetings talking about these topics, and I thought, ‘What can we do to help these youths?’ ” Liggett-Creel said. “And I thought that we should get the youths involved in the solution. But we wanted to make sure that they had information and a full understanding of these topics, and then they could speak using this training and their own personal experiences.”

Regarding those real-life issues, Liggett-Creel said one youth told her she has nightmares worrying that she could be sexually assaulted, and another said he often has trouble falling asleep because he’s concerned that he could get shot while he’s in bed.

“I tell them that’s not the norm and it’s horrible that this has been your experience,” Liggett-Creel said. “And then these kids stand up in front of 600 people and present this powerful, amazing information in such an authentic and gracious way, knowing what they have experienced day-to-day. To me, it’s awe-inspiring that they can show such resilience and strength in spite of all the trauma they’ve endured.”

With funding from the Baltimore Community Foundation as well as a ReCAST (Resiliency in Communities After Stress and Trauma) grant though BCHD, the initiative recruited and trained its first cohort of seven ambassadors in spring 2020. The second HYA cohort, formed in early 2021, consists of 13 members.

The group’s first training period involves receiving education on mental health in the Black community. Between sessions, the ambassadors meet with UMSSW students and other mentors to discuss the training, gain feedback, and create PowerPoint presentations on various topics.

“At the end of 10 weeks, they do a trial presentation for volunteers who are usually social workers,” Liggett-Creel said. “After that, they get more feedback about their presentations and move forward to the next phase of training.”

The next training phase involves guidance on professionalism, how to facilitate discussions, and how to organize activities for presentations. Liggett-Creel and other mentors provide more feedback, and then the cohort plans a virtual conference. The inaugural conference, titled “A Real Conversation About Mental Health from a Youth Perspective,” was held virtually in November 2020.

“We were hoping for 40 or 50 people to attend, but 655 people showed up online,” Liggett-Creel said. “We had people from California, New Jersey, Florida, and Canada, and there were three breakout rooms, with ambassadors presenting on systemic racism, depression, and substance abuse.

After the conference, the HYA ambassadors became eligible to accept invitations to participate in consultations, presentations, workshops, and the like. “And all the money that comes in from those contracts goes directly to the youth. None of the money comes back to the School of Social Work or any of its partners,” Liggett-Creel said. Each ambassador also receives a $500-a-month stipend from the program, funds that are critical because many of the youths are helping to provide for their families.

HYA and its ambassadors are getting noticed. The mayor’s Baltimore Children’s Cabinet has asked the program to create a media campaign for the city regarding youth mental health, the group has presented to Johns Hopkins University students and faculty, and two ambassadors were chosen to participate in a meeting with members of Joe Biden’s presidential transition team.

“They talked about mental health specifically with African American youth, as well as trauma, healing, and approaching these topics with an Afro-centric framework,” Liggett-Creel said. “They got to meet with President Biden’s policymakers and gave them some great information, which is pretty amazing.”

Lewis, meanwhile, says she feels amazed when a youth relates how much these conversations have impacted their lives. For instance, one whose cousin had died appreciated having an outlet to talk about his grief rather than internalizing it.

“He told me that our presentation helped so much,” Lewis said. “He said, ‘I couldn’t tell anybody that I have been holding onto this for so long, but you let me get my feelings out there without judging me.’ Just hearing something like that makes me want to keep going, and it makes me push even more.” 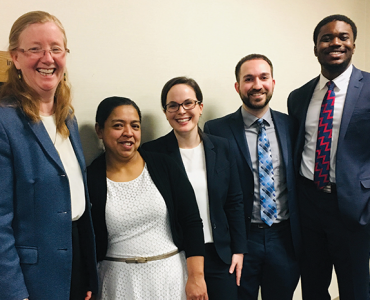 Clinic Steps Up for Immigrants 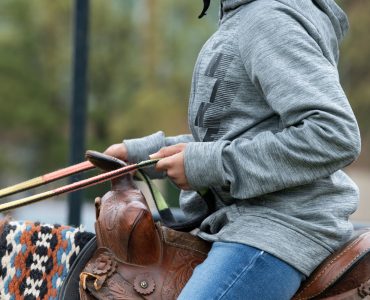