In a first-of-its-kind surgery by University of Maryland School of Medicine (UMSOM) scientists and clinicians, a 57-year-old patient with terminal heart disease received a successful transplant of a genetically modified pig heart in January and survived until March, helping to pave the way for life-changing medicine that could ultimately help thousands of individuals in need of new organs.

“It was either die or do this transplant. I want to live. I know it’s a shot in the dark, but it’s my last choice,” the heart recipient, David Bennett Sr., said a day before the surgery at the University of Maryland Medical Center (UMMC). He had been hospitalized and bedridden for several months before the surgery and was ineligible for a human organ transplant.

Bennett’s heroic role as a patient in this first-of-a-kind xenotransplantation demonstrated that a genetically modified animal heart could function like a human heart without immediate rejection by the body. This is a critical step in the future of transplant medicine, as many patients are unable to qualify or receive a human organ.

“We are profoundly grateful for the life-extending opportunity provided to my father by the stellar team at the University of Maryland School of Medicine and the University of Maryland Medical Center,” said David Bennett Jr., the patient’s son who has served as a family spokesman. “Their exhaustive efforts and energy, paired with my dad’s insatiable will to live, created a hopeful environment during an uphill climb. … We were able to spend some precious weeks together while he recovered from the transplant surgery, weeks we would not have had without this miraculous effort.”

The U.S. Food and Drug Administration (FDA) granted emergency authorization for the surgery on New Year’s Eve through its expanded access (compassionate use) provision. It is used when an experimental medical product — in this case the genetically modified pig’s heart — is the only option available for a patient faced with a serious or life-threatening medical condition.

The authorization to proceed was granted in the hope of saving the patient’s life.

The historic surgery was conducted by UMSOM faculty at UMMC, together known as University of Maryland Medicine.

“This was a breakthrough surgery and brings us one step closer to solving the organ shortage crisis. There are simply not enough donor human hearts available to meet the long list of potential recipients,” said Bartley P. Griffith, MD, the Thomas E. and Alice Marie Hales Distinguished Professor in Transplant Surgery at UMSOM, who surgically transplanted the pig heart into the patient and led the team that treated the patient after the surgery.

“This is the culmination of years of highly complicated research to hone this technique in animals with survival times that have reached beyond nine months. The FDA used our data and data on the experimental pig to authorize the transplant in an end-stage heart disease patient who had no other treatment options,” said Muhammad M. Mohiuddin, MD, professor of surgery at UMSOM and one of the world’s foremost experts on researching the transplantation of animal organs.

Mohiuddin joined the UMSOM faculty five years ago and established the Cardiac Xenotransplantation Program with Griffith. Mohiuddin serves as the program’s scientific/program director and Griffith as its clinical director.

“This event is the final achievement of years of research and testing from our multidisciplinary team led by Dr. Griffith and Dr. Mohiuddin and represents a beginning of a new era in the field of organ transplantation medicine. I am proud of our team’s incredible achievement,” said Daniel G Maluf, MD, FAST, professor of surgery and medicine and director, Program in Transplantation, UMSOM.

Mohiuddin, Griffith, and their research team spent the past five years perfecting the surgical technique for transplantation of pig hearts into nonhuman primates. Mohiuddin’s xenotransplant research experience spans over 30 years, during which time he demonstrated in peer-reviewed research that genetically modified pig hearts can function when placed in the abdomen for as long as three years.

Success was dependent on the right combination of genetic modifications to the experimental donor pig UHeart and anti-rejection drugs, including some experimental compounds.

Revivicor Inc., a regenerative medicine company based in Blacksburg, Va., provided the genetically modified pig to the xenotransplantation laboratory at UMSOM. On the morning of the transplant surgery, the surgical team, led by Griffith and Mohiuddin, removed the pig’s heart and placed it in the XVIVO Heart Box perfusion device, a machine that keeps the heart preserved until surgery.

“We are thrilled to support the world-class team of transplant surgeons led by Dr. Griffith and Dr. Mohiuddin at the University of Maryland School of Medicine,” said David Ayares, PhD, chief scientific officer of Revivicor. “This transplant is groundbreaking and is another step in the investigation of xeno organs for human use.”

The physician-scientists also used a new drug along with conventional anti-rejection drugs, which are designed to suppress the immune system and prevent the body from rejecting the foreign organ. The new drug used is an experimental compound made by Kiniksa Pharmaceuticals.

Three genes — responsible for rapid antibody-mediated rejection of pig organs by humans — were “knocked out” in the donor pig. Six human genes responsible for immune acceptance of the pig heart were inserted into the genome. Lastly, one additional gene in the pig was knocked out to prevent excessive growth of the pig heart tissue, which totaled 10 unique gene edits made in the donor pig.

Addressing a Dire Need for Organs

About 110,000 Americans are currently waiting for an organ transplant, and more than 6,000 patients die each year before getting one, according to the federal government’s organdonor.gov. Xenotransplantation could potentially save thousands of lives but does carry a unique set of risks, including the possibility of triggering a dangerous immune response. These responses can trigger an immediate rejection of the organ with a potentially deadly outcome to the patient.

Xenotransplants were first tried in the 1980s, but were largely abandoned after the famous case of Stephanie Fae Beauclair (known as Baby Fae) at Loma Linda University in California. The infant, born with a fatal heart condition, received a baboon heart transplant and died within a month of the procedure due to the immune system’s rejection of the foreign heart. However, for many years, pig heart valves have been used successfully for replacing valves in humans.

Before consenting to receive the transplant, Bennett had been fully informed of the procedure’s risks and that the procedure was experimental with unknown risks and benefits. He had been admitted to the hospital more than six weeks earlier with life-threatening arrythmia and was connected to a heart-lung bypass machine, called extracorporeal membrane oxygenation (ECMO), to remain alive. In addition to not qualifying for the transplant list, he was deemed ineligible for an artificial heart pump due to his arrhythmia.

After Bennett’s surgery, the transplanted heart performed very well for several weeks without signs of rejection. He was able to spend time with his family and participate in physical therapy to help regain strength. He watched the Super Bowl with his physical therapist and spoke often about wanting to get home to his dog Lucky.

“Mr. Bennett became known by millions of people around the world for his courage and steadfast will to live,” Griffith said.

Bennett’s cause of death is still being studied. Griffith recently presented preliminary findings at a scientific conference where he noted that research continues into various potential causes. Among these potential causes was the patient’s advanced state of heart failure before the transplant. Griffith also noted that they found evidence of a virus called porcine cytomegalovirus (pCMV) through highly sensitive special testing.

There is no evidence that the virus caused an infection in the patient or infected any tissues or organs beyond the heart.

The donor pig was raised in a facility using methods designed to prevent pCMV and other potential pathogens from infecting donor animals. The healthy donor pig used for the xenotransplant was screened for pathogens multiple times. It was tested just before shipment to Maryland and just before the transplant a few days later. The testing followed protocols that were accepted by the FDA. As plans move forward for future clinical trials, more sophisticated testing techniques are being developed and validated to ensure this virus does not go undetected.

Doctors performing the surgery are grateful for Bennett’s contribution and credit his and his family’s heroism for providing key insight into advancing xenotransplantation.

Mohan Suntha, MD, MBA, president and CEO, University of Maryland Medical System, credited Bennett’s participation in the surgery as a “future benefit to others.”

“We have gained invaluable insights learning that the genetically modified pig heart can function well within the human body while the immune system is adequately suppressed,” Mohiuddin said. “We remain optimistic and plan on continuing our work in future clinical trials.”

University of Maryland, Baltimore (UMB) President Bruce E. Jarrell, MD, FACS, who is a transplant surgeon, recalled: “Dr. Griffith and I began as organ transplant surgeons when it was in its infancy. Back then, it was the dream of every transplant surgeon, myself included, to achieve xenotransplantation, and it is now personally gratifying to see this long-sought goal clearly in view. It is a spectacular achievement.”

“This unprecedented and historic procedure highlights the importance of translational research that lays the groundwork for patients to benefit in the future. It is the culmination of our longstanding commitment to discovery and innovation in our xenotransplantation program,” said E. Albert Reece, MD, PhD, MBA, executive vice president for medical affairs, UMB, and the John Z. and Akiko K. Bowers Distinguished Professor and dean, UMSOM. “We hope it will one day become a standard of care for patients in need of organ transplants. As has happened throughout our history, the University of Maryland School of Medicine continues to address the most complex medical and scientific problems.”

Revolutionizing the Field of Transplantation

The team of experts all vowed to move forward with their research in xenotransplantation.

“Our skilled team of UMMC and UMSOM physician-scientists will continue to advance and adapt medical discovery for patient care that could offer a lifeline for more patients in dire need,” said Bert W. O’Malley, MD, president and CEO, UMMC.

“As a cardiothoracic surgeon who does lung transplants, this is an amazing moment in the history of our field,” said Christine Lau, MD, MBA, the Dr. Robert W. Buxton Professor and chair of the Department of Surgery at UMSOM and surgeon-in-chief at UMMC. “Decades of research here at Maryland and elsewhere have gone into this achievement. This has the potential to revolutionize the field of transplantation by eventually eliminating the organ shortage crisis. This is a continuation of steps to making xenotransplantation a lifesaving reality for patients in need.”

Deborah Kotz is the senior director of media melations at the University of Maryland School of Medicine. 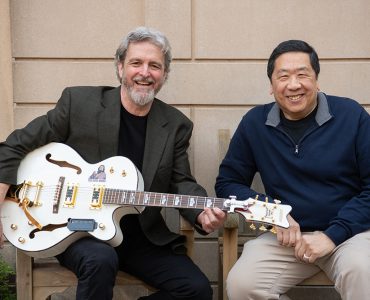 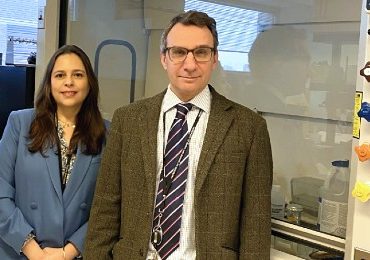