Her book, “Constitutional Orphan: Gender Equality and the Nineteenth Amendment,” was published by Oxford University Press in 2020, the 100th anniversary of the amendment’s ratification.

“The right of citizens of the United States to vote shall not be denied or abridged by the United States or by any State on account of sex.  Congress shall have power to enforce this article by appropriate legislation.”

“In its most literal sense, the Nineteenth Amendment did not confer a ‘right’ to vote per se,” she writes. “Rather, it simply prohibited the states or the federal government from using sex as a criterion for voter eligibility. In other words, its ratification meant that state and federal impediments to voting based on sex were now unconstitutional. It did not mean that all women in the United States could vote.”

Monopoli explains how the 19th Amendment had implications for federalism, women’s citizenship, and the definition of equality, as well as how gender, race, and class intersect to affect the United States’ constitutional development.

CATALYST magazine asked Monopoli to share her thoughts on the United States swearing in its first female vice president, connections between the suffrage movement and Black Lives Matter, and if she thinks the country will ever have an Equal Rights Amendment.

Suffragists fought for more than 70 years to secure a federal constitutional amendment that ensured states could not deny women the vote. The title of my book refers to the suffrage movement’s pivot to other goals after the 19th Amendment’s ratification in 1920, leaving it without champions to push its further development in Congress and the courts.

The title also refers to a consequence of this shift to other goals. Only two United States Supreme Court cases have dealt directly with the 19th Amendment, Leser v. Garnett (1922), which upheld its validity, and Breedlove v. Suttles (1937), which held that certain poll tax exemptions did not violate the 19th Amendment. Since then, there have been few cases that cite the 19th, and even fewer that have directly addressed a constitutional claim under the amendment.

As a result, the 19th has been lost to our collective memory as a nation. When I told people I was writing about the 19th Amendment, the most common response was, “Which one is that?” This past year’s commemoration of its centennial has helped, with more Americans becoming aware of the long struggle for women’s suffrage. But that commemoration was eclipsed, in large part, by the pandemic. I hope my book educates the public about that lost history, and how the 19th Amendment implicated a broad range of constitutional issues like federalism, the scope of women’s citizenship, and the constitutional definition of equality.

Our Constitution’s framers made design choices that have an impact on how likely it is that voters will select a woman for the role of president. Unlike many other liberal constitutional democracies, our Constitution combines the head of state, head of government, and commander-in-chief roles in one person. That kind of consolidated executive model reflects masculine norms about acting unilaterally, with authority, decisiveness, and dispatch. These are “agentic” traits that voters tend to associate with men rather than women, who tend to be associated with more “communal” traits like collaboration and consensus. And so polls over the years show a deep reluctance among American voters to select a woman as president.

The framers also made it clear that the time, place, and manner of elections would be left to the states, absent specific congressional action. When the 19th Amendment was ratified in 1920, it constituted such a congressional assertion of power over voting. But there was another political right that it did not expressly address — holding public office. Some state courts held the 19th Amendment also applied to the right to hold office. But a number of other state courts didn’t embrace such an expansive interpretation. Those courts used strict or narrow construction to limit the amendment’s potential impact as a broad sex equality norm in democratic governance.

Thus, the 19th’s impact on the scope of women’s citizenship was more limited than it might have been. In some regions, it took many years after ratification for state legislatures and courts to extend the right to hold public office to women. Vice President Harris is the first woman to stand second in line to the presidency. It’s hard to emphasize enough what a significant and historic milestone that is for our democracy.

Even after ratification of the 19th Amendment in 1920, many Black and Brown women were turned away at the polls. Literacy tests, poll taxes, and outright intimidation were effectively deployed to deny them the franchise. Native American women were not eligible for citizenship until 1924, and Asian immigrant women were denied citizenship well into the 1940s and ’50s.

Following the November 1920 presidential election, white suffragist leaders failed to use their clout to push back on voter suppression efforts in the Southern states, even as Black suffragists asked for their support in calling for a congressional investigation. Those Black suffragists were joined in that demand by other white suffragists, some of whom were co-founders of the NAACP. These women also sought support for congressional enforcement legislation, introduced in December 1920, and aimed at making it a crime for state and local officials to deny women the vote. That legislation was modeled on civil rights legislation enacted by Congress in the wake of the Civil War, pursuant to the 14th and 15th Amendments.

But enforcement legislation under the 19th Amendment was never enacted. My book explains how the suffragists in the National Woman’s Party (NWP) quietly withdrew their previous support and the legislation died in committee. The NWP was concerned about alienating Southern congressional support for its newly proposed Equal Rights Amendment. White Southern politicians had resisted the proposed enforcement legislation as a federal intervention in state elections that would lead to a “Second Reconstruction,” akin to that following ratification of the 15th Amendment enfranchising Black men in 1870. That resistance, with little pushback from national women’s suffrage organizations, spelled the legislation’s demise. As predicted by Black suffragists in 1921, the 19th Amendment never realized “its full power and effectiveness.” So we see Black women today still having to attend to that unfinished business by leading the fight for access to voting and racial justice.

Our Constitution leaves the time, place, and manner of elections to the states, absent congressional action. The 19th Amendment constituted such action, providing that states could not deny or abridge a citizen’s right to vote on account of sex. Today, state laws that limit access to early voting options, require voter ID with an identical name match, or require fees and fines to be paid may have a disparate impact on women. Such laws can create a heavier burden on female voters because women still shoulder the disproportionate burden of child and elder care, have more name changes, and earn less than men. And these laws may have an even more significant impact on the ability of women of color to vote, due to the intersection of sexism and racism.

American women should remember the lessons of 1920 — that the denial of the vote to one of us diminishes all of us. White women should act in solidarity with women of color, pick up the constitutional tool that is the 19th Amendment, and deploy it to invalidate state laws that keep women away from the polls. Challenging such laws in court as violations of the 19th Amendment, and enacting new federal voting rights legislation pursuant to its enforcement clause, would amplify the political voices of all women, especially women of color. In so doing, we’d fulfill the 19th Amendment’s original promise that voting would not be denied or abridged on account of sex and that Congress would enforce that promise.

I begin my gender and law seminar by having my students read Sophocles’ play, “Antigone.” Reading that ancient play helps them understand that ideas about women’s subordinate role, especially with regard to the state and the public sphere, date back thousands of years. It gives my students some context to understand how entrenched gender norms are, and how hard it is to change them in any society.

The pandemic’s disproportionate effect on women, forcing more than 2 million out of the labor market, threatens to unravel years of progress in the realm of women’s equality. And the recent decision by a federal district court to dismiss a lawsuit filed to implement the Equal Rights Amendment puts the ball back in Congress’ court to pass further legislation removing its deadline for state ratification. But that process will take a while, given the likelihood of further litigation even if Congress does act.  In the meantime, I like to remind everyone that we do have an express commitment to sex equality in our Constitution — the 19th Amendment. And we should do all we can to use that amendment as a constitutional tool to fight for the legal, economic, and social equality of American women. 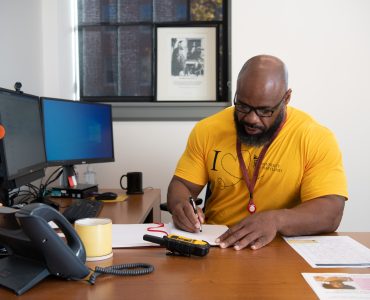 What’s On the Desk of CEC Director Tyrone Roper? 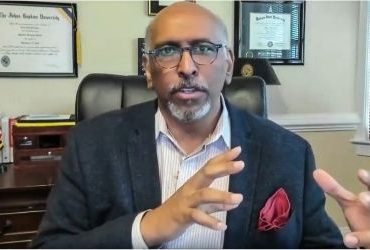