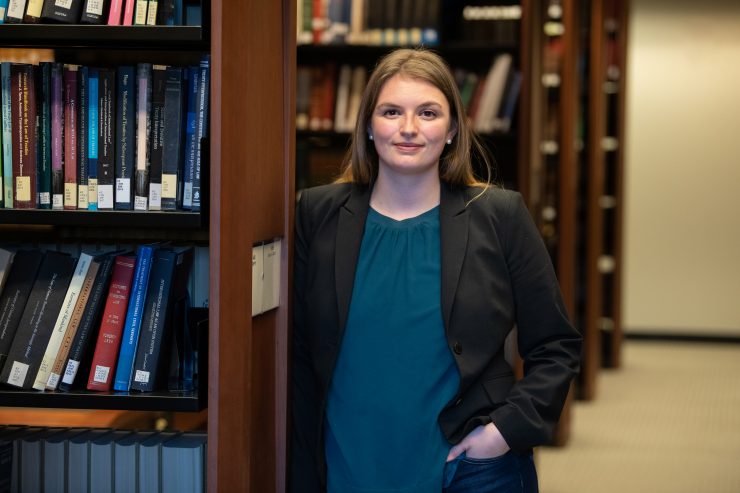 Madeline Ziegler’s client is an immigrant who is a survivor of domestic violence. Ziegler, a student at the University of Maryland Francis King Carey School of Law, is working on an application for her client to receive a U visa, which ensures a special immigration status for victims of certain crimes who have suffered mental or physical abuse and are helpful in the investigation or prosecution of criminal activity.

Ziegler’s work is part of Maryland Carey Law’s Justice for Victims of Crime Clinic, an addition to the school’s already extensive list of options for fulfilling its public interest graduation requirement. Established in fall 2020, the clinic gives student attorneys the opportunity to represent clients who are survivors of crimes, including physical and sexual assault, intimate partner violence, gun violence, robbery, hate and bias-related crimes, and police-perpetrated and retaliation crimes, in a range of civil proceedings.

Ziegler, Class of 2022, says the experience is helping shape her future.

“It’s been rewarding to work with a real person, with real human stakes behind the work, and realize that the work you’re doing really matters to the person in front of you,” says the Pennsylvania native, who joined the clinic at the beginning of the spring 2021 semester and returned to it this fall. “This experience has solidified that whatever career path I take, I will always have a strong commitment to public interest work. There is so much work that needs to be done.”

Ten other student attorneys like Ziegler are engaged in work this fall. Cases that students have taken on since the clinic started include breach of fiduciary duty and conversion claims; advocating for a trafficking victim in the foster care system; expunging the record of a gunshot wound victim; representing a juvenile serving a life sentence who was being victimized in prison; and assisting an undocumented minor who was sexually assaulted by a family member as she navigated the criminal prosecution process as a victim and witness.

Students are supervised by Lila Meadows, JD ’15, who founded the clinic at the law school in cooperation with the UMB Rebuild Overcome and Rise (ROAR) Center, an interdisciplinary center that helps survivors of crime access legal, social work, health, and mental health resources that aid in their recovery.

“ROAR and the Justice for Victims of Crime Clinic are perfect partners,” says Meadows, who, as a student, participated in Maryland Carey Law’s Gender Violence Clinic, where she also has taught. “Combining forces, we are building a practice serving clients who otherwise may not be able to access justice and helping future lawyers challenge deep-seated societal beliefs about who is entitled to claim victimhood.”

Students in the clinic also get practice in policy advocacy during Maryland’s legislative sessions. Some helped write testimony for legislation that would extend the right to counsel in immigration proceedings as well as legislation that would allow child victims of sexual abuse to bring civil suits against their abusers that are currently barred by the statute of limitations.

During the pandemic, the clinic has operated remotely. In the post-COVID-19 future, Meadows plans for a more robust collaboration among the clinic, ROAR, and community organizations to comprehensively support victims of violence from the outset of victimization and to support violence prevention work that is already occurring across the city.

“By attacking this problem early on and from multiple angles, we hope to challenge the inequitable distribution of victim resources and create meaningful recovery opportunities for Baltimore City crime victims,” Meadows says.

For Ziegler’s client, the law student worked to put together a persuasive case for the visa application, conducting extensive client interviews and gathering evidence from state and local officials proving that her client cooperated in a criminal investigation.

She submitted the U visa application on behalf of her client at the end of the spring semester, and they are awaiting a decision from U.S. Citizenship and Immigration Services.

Wanda Haskel is a communications specialist in the Department of Communications at the University of Maryland Francis King Carey School of Law. 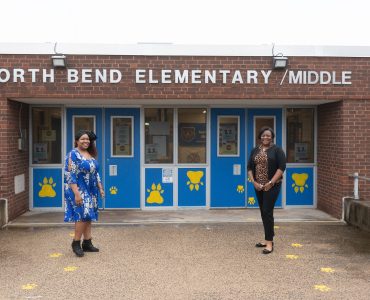 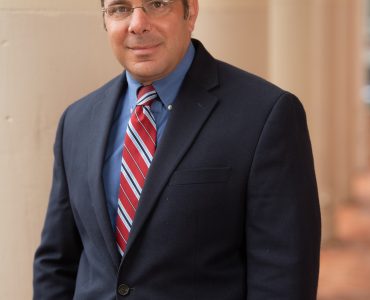