aving already reached the best of the best in baseball by making it to the major leagues, Justin Maxwell, after a seven-year MLB career, now is striving to do the same in dentistry — starting as a student at the University of Maryland School of Dentistry (UMSOD). 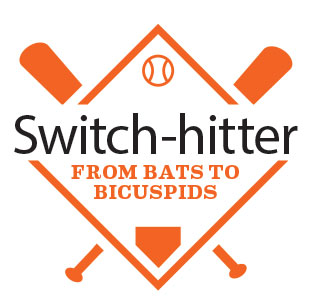 “I always liked the prestige of being a doctor,” recalls Maxwell, a 6-foot-5 outfielder who played for the Washington Nationals, Houston Astros, Kansas City Royals, and San Francisco Giants, retiring after the 2016 season. As a young boy, he’d been an outdoor enthusiast intrigued with animals and grew up contemplating the life of a veterinarian, a physician, or a dentist. He ultimately opted for dentistry and, wanting to stay in the Maryland-D.C. area, is now poised to graduate with the UMSOD Class of 2022.

He has used his parents as role models — both as an athlete and an aspiring dentist. Maxwell vividly recalls as a child watching his parents play on a competitive traveling softball team.

“I was always in the stands cheering them on,” he remembers. “Mom and Dad were pretty good and got to play on an all-star team.”

Maxwell first stepped onto the baseball field as a 5-year-old in Japan, where his parents were stationed as dentists with the U.S. Navy. When the family moved to South Carolina, his house was right next to a giant open field, where they’d play catch. And by the time he was a student at Sherwood High School in Montgomery County, Md., baseball scouts for the Baltimore Orioles tried to lure Maxwell away from going to college.

But Maxwell’s father had always impressed upon his children the power of education. The younger held his ground, graduated from high school, then enrolled at the University of Maryland, College Park — which offered a more lucrative athletic and academic scholarship than Harvard University. There he earned a BS in Animal Sciences in 2005, then embarked on his major league career.

He hit 41 home runs in the majors. His favorite was a grand slam for Kansas City in 2013 in front of a sellout crowd. In January 2008, he’d marry his college sweetheart, Loren, and, throughout the remainder of his baseball career, weather six major surgeries, officially retire, and rechannel his energies in a new direction.

Maxwell has big shoes to fill as a dentist but wholeheartedly embraces the challenge. His mother is a pediatric dentist and his father had the honor of serving as the U.S. presidential dentist from 1997 to 2002 where he provided care to Bill Clinton, George W. Bush, their vice presidents and families. Those encounters were hush-hush, Maxwell says, but he can remember visiting the dental offices where the seeds were planted for his future endeavor.

For now, Maxwell, 35, hasn’t decided if he wants to pursue a specialty but is committed to exploring his options. “I hope to learn as much about the craft as I can,” he says. “And fortunately, the school has such an amazing faculty. I want to get as much experience as possible in all the specialties, find what I like most, and become the best general dentist that I can be. My father always said if you have a good foundation, you can do whatever you want.”

Advice undoubtedly Maxwell will share with his own young children, Jaidon, 10; Liana, 9; and Jett, 7 — all already active in sports of their own as well as the academic arena. They, too, have big shoes to fill. C

Gwen Newman is a public relations consultant and freelance writer based in York, Pa. 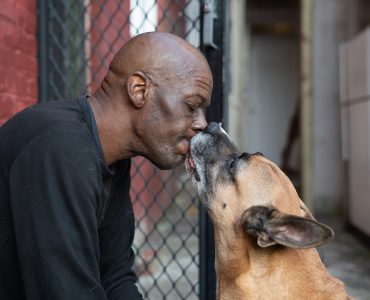 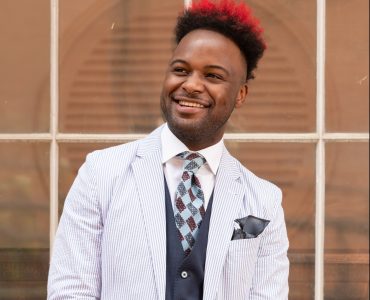