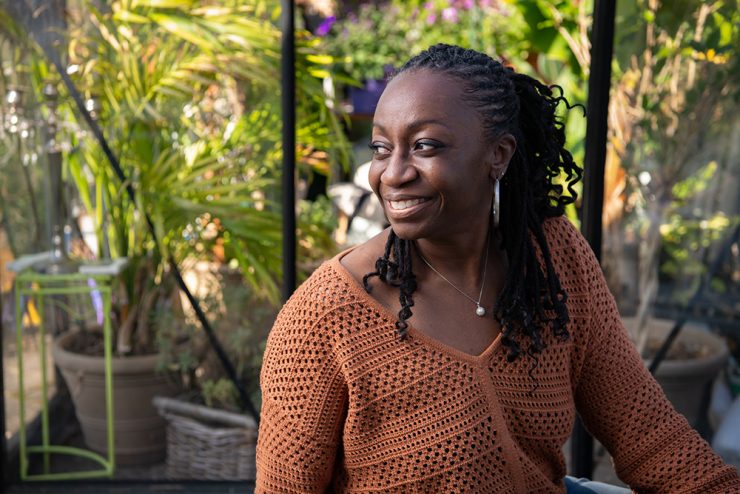 A Sharp Leader: The Shining Light of SWCOS’ Wendy Shaia

Standing in the shadow of the Superdome in 2006 after Hurricanes Katrina, Rita, and Wilma devastated New Orleans the previous year, an American Red Cross worker found herself feeling guilty.

Wendy Shaia, EdD, MSW ’01, had the luxury of being able to return to her hotel room or fly back to Washington, D.C., to evaluate the Red Cross’ long-term recovery efforts in the Big Easy and collect her paycheck while the people she encountered continued to be traumatized.

Why couldn’t nonprofits use their money to help people who received Federal Emergency Management Agency money but couldn’t finish rebuilding their roof? Or help find dry land and a property with working indoor plumbing?

“I got to the point where it was very hard for me to even really reconcile my role in that,” said Shaia, a clinical associate professor at the University of Maryland School of Social Work (UMSSW) who has led the school’s Social Work Community Outreach Service (SWCOS) since 2013. “The way that I have lived my life, since then, is asking myself those questions.”

Admittedly, they are uncomfortable questions when they are turned inward toward the organizations where she has worked since. That hasn’t changed one bit since then for Shaia. She asked herself this question: What is the point of being in the business of helping people meet their basic needs if you can’t address the external forces impacting their lives?

Less than a decade later as executive director of SWCOS, her clinical director, Christopher S. Beegle, MSW, LCSW-C, asked Shaia a similar question about the effectiveness of the Family Connections program, which helps families meet basic needs when their children meet the risk criteria of maltreatment. He said he kept helping the same families who were coming back for more help.

Peeling back the layers, Shaia and SWCOS found that they weren’t addressing the root causes and barriers these families would face. Most important of all, they weren’t talking about race; racism has been the genesis of much of the poverty in Baltimore. That grew into bigger conversations about the policies inherent in many organizations and government services that fostered structural oppression and systemic racism.

To get to the point where the program could start funding immediate needs for families without putting so many conditions on receiving assistance, the staff had to reverse-engineer how assistance would be granted.

That led to Shaia creating a framework that would train social workers and the clinical students at SWCOS through a lens of anti-racist policies. In 2019, Shaia published this framework called SHARP:

Since then, that framework has been applied to all of the programs within SWCOS that has made it a true wraparound organization. There is the Positive Schools Center that focuses on the well-being of K-12 principals and staff and empowers them with strategies to have students communicate with each other to resolve conflicts as a deterrent to suspensions. Or the Social Worker in the Library program where patrons at Enoch Pratt Free Library branches can get assistance from a Master of Social Work student. And the list goes on with program management, public policy work, and care coordination for families referred to SWCOS.

In fall 2021, a restructuring of Promise Heights put that organization under the SWCOS umbrella in tandem with the Positive Schools Center for the school-based programs in the Upton and Druid Heights neighborhoods.

Now, the SHARP framework will grow beyond SWCOS to directly train 2,000 social services employees in Maryland to study its effectiveness thanks to a five-year, $2.9 million grant provided through the Substance Abuse and Mental Health Services Administration’s National Child Traumatic Stress Initiative in partnership with the Kennedy Krieger Institute, Baltimore Racial Justice Action, and the Chicago School of Professional Psychology.

Growing Up in Jamaica and England

While her work in New Orleans is the genesis of the inward-facing questions, looking back at Shaia’s life, which could influence the fiction books she writes as a hobby, you can see how key moments factored into who she became as a person and her work.

“I learned to lead by making a lot of mistakes and having a lot of grace from people. I had good mentors and good supervisors,” Shaia said, including a former Army captain at the Department of Defense who saw her potential and brought her to tears when he told her in no uncertain terms she could do more.

Born in England to Jamaican parents, Shaia and her family shuffled between the two countries.

“What I think I did not anticipate was how difficult it would be for me to move back to England after having lived in Jamaica,” Shaia said. “Some of that is my personality because I never run from a fight, which is a flaw of mine. I am working on that, I really am.”

Racist bullying — including children spitting at her, an assault — would fuel those fights. Her teachers didn’t make it any better to be at school either.

“It was one of those things where the teachers would turn away when the children would hit me, and that really began to sort of fester and grow in me,” she recalled. The system that should have encouraged her success wasn’t there to protect her.

Maybe it isn’t a surprise that Shaia chose not to funnel anger, resentment, and hate into how she runs SWCOS and instead created a tight-knit, uplifting environment.

The way Shaia transformed SWCOS organizationally is her ethos: breaking down barriers and celebrating people.

“She’s a strong leader, but she does it with grace and compassion,” said Nia Speaks, program management specialist at SWCOS.

The SWCOS staff says she eliminated a siloed office environment through a restructuring that fostered more communication among programs. And they say that she memorizes the names of every staff member’s children, checks in on the well-being of her staff, and hosts staff at her home for annual retreats where she makes a flavorful jerk chicken.

The people-first office does not mean that the community work comes last.

Becky Davis, MSW, assistant director for SWCOS, said Shaia has shown her how high standards can be woven into a results-oriented workplace without being a detriment to being fulfilled as a person.

“Wendy has really showed me a lot about how you manage holding folks to a high level of accountability to the community, while at the same time being flexible, focusing on people’s self-care, and making sure that our department is a nurturing and welcoming place,” Davis said.

Charles Schelle is lead social media specialist in the Office of Communications and Public Affairs at the University of Maryland, Baltimore. 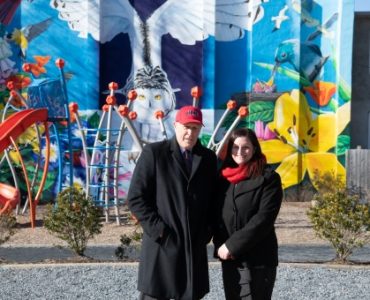 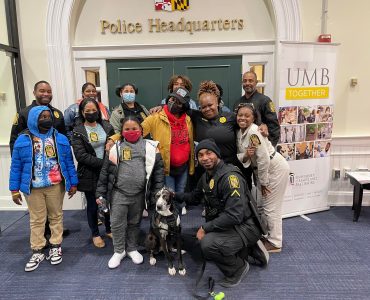