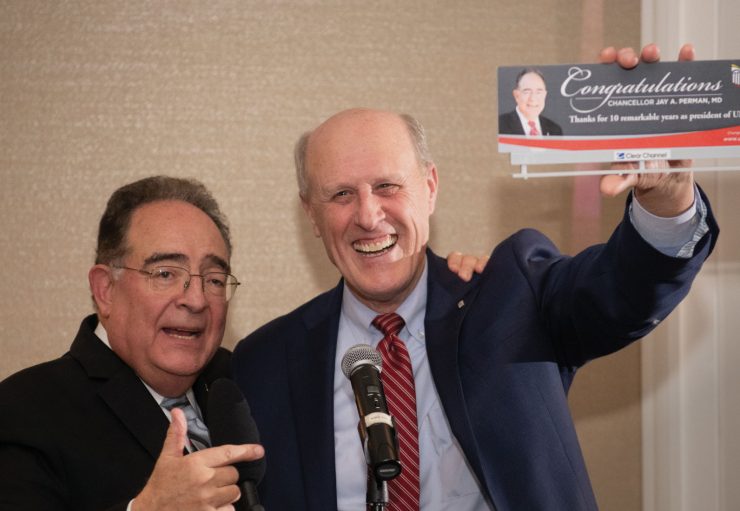 he new year brought new leadership to the University of Maryland, Baltimore (UMB), with Bruce E. Jarrell, MD, FACS, taking over as interim president after Jay A. Perman, MD, was appointed as the fifth chancellor of the University System of Maryland (USM). Perman had served as UMB president for nearly 10 years.

Jarrell, who had been executive vice president, provost, and dean of the Graduate School (duties now handled by Roger J. Ward, EdD, JD, MSL, MPA), noted during the transition period that the president’s name might change, but the focus on his priorities would not.

“We want to assure Dr. Perman that his work is permanent with a capital P — permanent in the CURE Scholars Program, permanent in community engagement, permanent in interprofessional education and international programs, permanent in diversity and inclusion, and permanent in the core values of this University,” said Jarrell, who has been at UMB since 1997. “But in making them permanent, they must also become dynamic, evolving into something even better that will lead to enduring success. That is one way we will improve the human condition.”

Jarrell reiterated UMB’s commitment to the city of Baltimore but noted that the University’s mission includes helping all Marylanders and many others beyond the state’s borders.

“As a Maryland native, I know that there are many needs here — in Baltimore City, certainly, but also, for instance, on the Eastern Shore and in Western Maryland,” he said. “Through new and existing partnerships with fellow universities and other institutions, we will expand UMB’s reach throughout Maryland.”

Jarrell is an accomplished surgeon, educator, and administrator. He was recruited by the University of Maryland School of Medicine (UMSOM) in 1997 as chair of the Department of Surgery and later served as UMSOM’s executive vice dean. Under his leadership, the surgery department expanded its research programs to become ranked 11th nationally in funding from the National Institutes of Health.

In 2012, Jarrell was named UMB’s chief academic and research officer and dean of the Graduate School. In that role, he worked to promote the University’s education, research, and clinical care agendas. He oversaw many of UMB’s most prominent institutional relationships, including the University of Maryland Strategic Partnership: MPowering the State, UMB’s innovative and structured collaboration with the University of Maryland, College Park, as well as academic collaborations with other USM institutions. Jarrell’s wide-ranging duties were further expanded in 2017 when he was named executive vice president and provost.

“The University couldn’t be in better hands than Dr. Jarrell’s,” Perman said. “I’ve worked with Bruce for 20 years [at UMSOM before Perman became UMB president], and I know well his deep dedication to the students, faculty, and staff of UMB. I know that the University will continue to rise in prominence under Bruce’s leadership because that’s exactly what happened when he assumed responsibility for our academic enterprise seven years ago. I credit Bruce with a lot of our success over the last decade.”

“The confidence placed in me to lead our extremely talented team of educators, researchers, and clinicians is profoundly gratifying,” Jarrell said. “UMB will not only maintain our very high standards in the classroom, in the laboratory, and in patient care, but we also will continue to evolve, expanding our impact on the state, the city, and our own community.” SPOTLIGHT 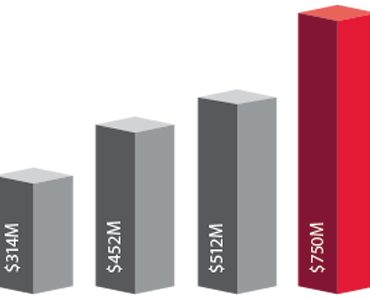 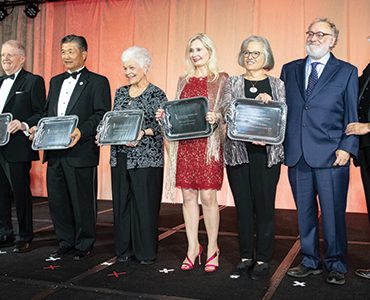 UMB At A Glance